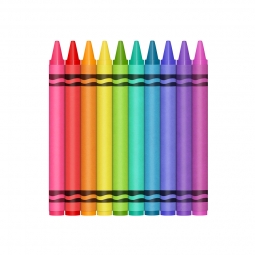 Almost a month ago, the EWG Action Fund group in a study found traces of silicate mineral asbestos in children’s crayons and crime scene kit toys. The group has since published a report that details how out of 28 boxes of crayons, four contained asbestos. Asbestos was found in two out of 21 crime scene kit toys as well, and EWG has urged the immediate ban of using the mineral in consumer products.

The silicate mineral, asbestos, is widely regarded as hazardous to human health. According to Dr. Jerry Paulson, “parents do need to be concerned about particular brands of products where asbestos was identified.”

In this blog post, information about what asbestos is will be explored along with some of the asbestos-related illnesses.

Asbestos is a silicate mineral known for possessing considerable resistance to heat, tensile strength, and insulation properties. It has been used for millennia and was a popular ingredient used for making fireproof jackets and vests, fabrics, and used as a mixture with cement.

However, over the course of many decades, asbestos has been shown to be extremely toxic and to cause a variety of health problems and risks. According to the World Health Organization, more than 125 million people risk exposure to asbestos in the workplace, and more than 100,000 people die annually from asbestos-related diseases.

What are the health hazards of asbestos?

“Asbestos in toys poses an unacceptable risk to children, today as it did in 2000 and 2007, the last time tests found the deadly substance in these children’s products.”
Dr. Philip Landrigan,  professor of pediatrics and preventive medicine at Mount Sinai Hospital in New York

Asbestos is known to cause a variety of dangerous diseases and illnesses. The following are some of the illnesses caused by asbestos.

Easily considered the most dangerous of all asbestos-related diseases, mesothelioma cancer is particularly difficult to trace and diagnose as its symptoms are similar to other less hazardous ailments. What makes it extremely dangerous is the fact there is no known cure, although its effects can be mitigated via surgery and chemotherapy.

Asbestosis is an occupational lung disease caused by inhaling traces of asbestos, and symptoms of the disease usually do not show until a significant time has passed. These symptoms include a shortness of breath, respiratory failure, and low arterial oxygen.

In this disease, victims experience a collapse of the lung that causes problems in gas exchange. Symptoms of the disease include chest pains, coughing, high temperature, and increased heart rate.

After the findings released by the EWG Action Fund group, parents should give extra effort in keeping their children from coming into contact with contaminated crayons and crime lab kit toys. It is imperative that they only purchase crayons and toys that have been approved by regulatory authorities to avoid any risk of asbestos-related illnesses affecting their children.

The 12-year-old Virginia-based company has earned some of the environmental testing industry’s highest recognitions and certifications. Highlights include: